Following the death of the former Victoria Police Commissioner Mick Miller people across the wider community have paid tribute to the many contributions he made in the service of others.

In adding to those tributes let me acknowledge the important role Mick played in the establishment of the Victorian Emergency Services Foundation (ESF).

ESF was borne out of Mick’s investigation into the Ash Wednesday disaster where he identified a lack of welfare support for volunteers. As a Foundation board director Mick was responsible for the legal and administrative details in establishing ESF giving strong leadership and direction at this important stage of its development

Mick always maintained his interest as ESF progressed and was an active participant in recalling the Foundation’s history as part of the 25-year celebration publication and video.

I was honoured to be the ESF representative at Mick’s funeral service which was held at the Police Academy. It was a fitting celebration of a wonderful man who gave so much of his life in the service of our community by applying the traits of intelligence, integrity and dedication.

During our occasional meetings I was always impressed by his continued involvement in retirement of identifying and assisting those disadvantaged in need of help. The very same values which inspired his thinking about the need to better support our emergency service volunteers back in 1983.

On behalf of fellow directors and staff at ESF I offer my condolences to his family friends and our Victoria Police colleagues. 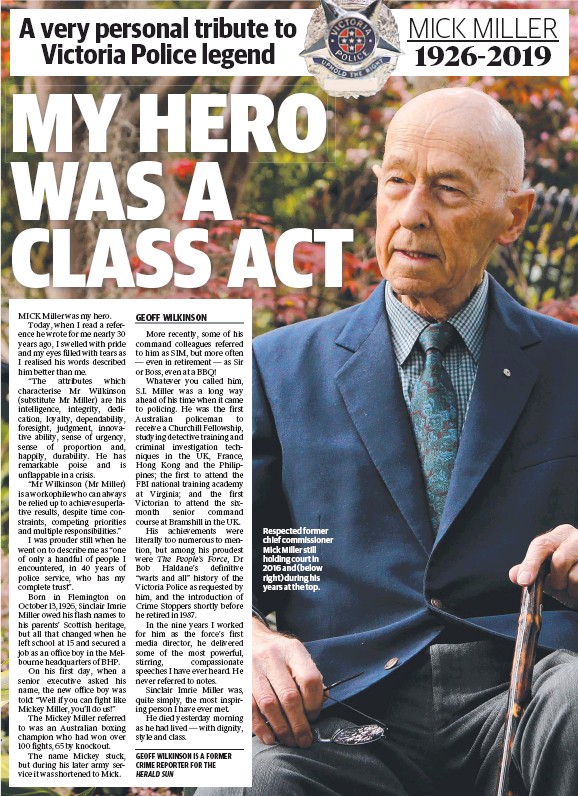 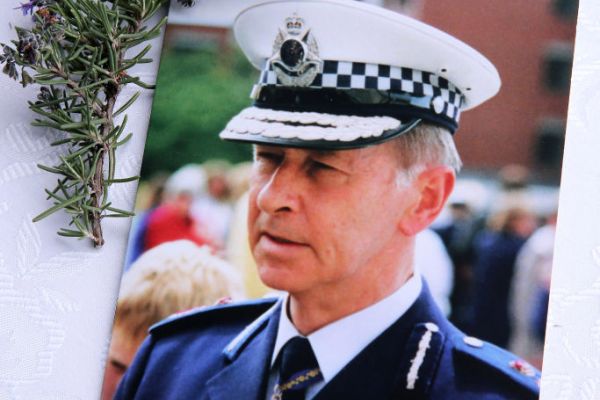 MELBOURNE, AUSTRALIA – AUGUST 13: The funeral for former Victorian Police Chief Commissioner Mick Miller on August 13, 2019 in Melbourne, Australia. Mick Miller joined Victoria Police in 1947 and served as Chief Commissioner of Victoria Police from 1977 to 1987. Miller is best remembered for modernising police services with the introduction of Neighbourhood Watch, the establishment of the Special Operations Group and the Police Airwing. Mick Miller died aged 92 on 6 August, 2019. (Photo by Wayne Taylor/Getty Images)