The operational structure of the Emergency Services Foundation is comprised of a Board of Management, Stakeholder Council and CEO and a set of sub committees dealing with specific areas of interest.

Since its inception there has been immense change, reform and refocus within the emergency management sector and the ESF is ready and keen to improve and expand how it operates in order to go to the next level in providing support for emergency service workers. The role of CEO was introduced in April 2018 in order to provide the day to day leadership and strategic oversight required to guide the organisation through this exciting transformation. A new skills-based board and stakeholder council was established in September 2019. 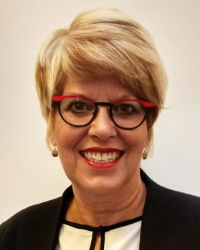 Siusan is the ESFs inaugural CEO. She comes into the role with a wealth of skills, knowledge and experience developed through a career including roles in secondary teaching, senior public sector management and leadership in OHS and emergency services, and organisational development consulting with a focus on workplace health. She was responsible for driving Victoria’s formative Workplace Health and Safety campaigns and that led to a secondment with the UK government. On her return she began Workplace Health and Safety Week in Australia.

It was her drive and creative thinking that drew her to the attention of the emergency services where she established CFAs highly successful communications unit. In that role she established the important relationship with the ABC and the need for training and accreditation for media on the fireground, two initiatives with national significance. Siusan was central to CFAs response to the Linton tragedy which saw the death of five volunteers. From this her interest shifted to wellbeing in an organisational context and that resulted in various awards for her work in the construction sector.

Siusan is a change agent whose strength is her ability to quickly grasp a situation and apply sound strategic thinking to problem solve. She always looks for innovative solutions and likes nothing better than to lead sustainable best practice initiatives. She looks forward to leading a collaborative sector wide improvement in the area of mental health and wellbeing. 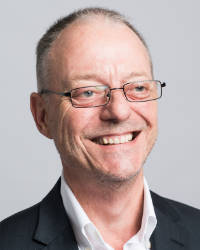 Tony is Victoria’s Inspector-General for Emergency Management. He was appointed in July 2014 as an independent Governor in Council Statutory Appointment.

For nearly 40 years, Tony has worked in intelligence, security and emergency/crisis management performing senior operational functions in a number of Victorian emergency service organisations before moving to senior crisis coordination and policy positions. Tony has held senior roles in both state and federal government including four years in the role of Director-General, Emergency Management Australia.

Tony is a Blue Ribbon Day Council Board Member. He was the founding President and Patron of the Oceania Council of the International Association of Emergency Managers (IAEM) and a Global Board Member, is a former Chair of the International Advisory Committee of the Centre for Disaster Management and Public Safety at Melbourne University, a former Advisory Board Member to the Monash University Disaster Resilience Initiative, and a Fellow of the Centre for Emergency and Disaster Management at Queensland University of Technology.

Tony is also an ESF Strategic Stakeholder Council member, and Council nominee on the ESF Board. 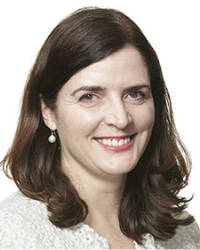 Catherine Dunlop is the Deputy Chair of the ESF. She is a Partner at Maddocks Lawyers assisting a range of clients with inquests, inquiries, and health and safety.

Catherine has worked with Australian emergency service and law enforcement clients in major inquiries for over 20 years. Through her work she has seen the very real toll that emergency response (and subsequent inquiries) have on emergency personnel and their families. She has a particular interest in mental health and job design, prevention of bullying and harassment and how flexible work can be designed to benefit all in the workplace.

Catherine is also a Board Director at OzChild and President of the Health Complaints Commission Advisory Council. 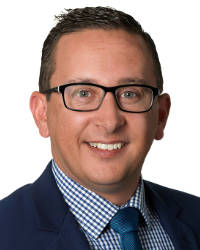 Andrew is the Chief Financial Officer of BankVic. He has also previously served as Head of Finance – Strategy & Performance with BankVic.

Andrew is ESF’s Treasurer, Corporate Secretary and Public Officer. He brings 17 years of experience in the private and public sectors, including finance and commercial positions at the Victorian Government Department of Treasury & Finance, Independent Review of the State Finances, National Broadband Network, and the Commonwealth Government Industry Innovation Network. In addition, Andrew has had significant experience consulting to an ASX listed multinational corporation, and more recently, has held the position of Chief Financial Officer to one of Australia’s largest national providers of retail supplier services.

Andrew holds a Bachelor of Business in Accounting, Economics & Finance and is a Certified Practising Accountant (CPA).

He is motivated by results and outcomes that contribute to enhancing operational performance, and favourable financial and social outcomes.

Patrick was a Principal Consultant at Deloitte since leaving the Australian Army in early 2015.  In December 2016, he was seconded from Deloitte to serve as CEO of the Invictus Games Sydney after winning the bid to host the Games. He led the planning and delivery of the Games, building a team of over 140 full time staff and 1000 volunteers. Patrick is now Principal Consultant at Synergy 360.

Before joining Deloitte Patrick had a 30-year career in the British and Australian defence forces during which he had the privilege to work alongside people from many different nation’s leading teams in dynamic and challenging environments; his operational service has included extended service in the Balkans, the Middle East and Asia. He actively supports initiatives and organisations which enhance the health and well-being of veterans and their families and will use this experience to support Victoria’s first responders. 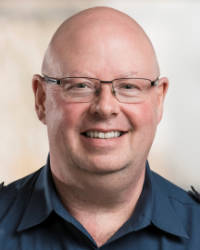 Tony Walker is Chief Executive Officer of Ambulance Victoria. He is a Registered Paramedic with over three decades experience working in a range of senior clinical, operational and leadership roles within the ambulance sector.

Tony holds an adjunct appointment as Associate Professor in the College of Health and Biomedicine at Victoria University and is a Fellow of Paramedics Australasia and a Fellow of the Australian Institute of Managers and Leaders.

Tony is a recipient of the Ambulance Service Medal (ASM) for his contribution to the development of ambulance services at a state and national level and has also been awarded the National Heart Foundation President’s Award and the Australian Resuscitation Council Medal for his significant contributions to improving cardiovascular health and resuscitation practice and outcomes.

Tony is also an ESF Strategic Stakeholder Council member, and Council nominee on the ESF Board. 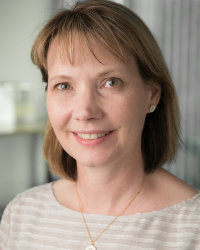 Nicole Sadler holds the position of Senior Specialist, Military and High Risk Organisations at Phoenix Australia. Nicole came to that role from the most senior psychology position in the Australian Army, Director Strategic and Operational Mental Health/Head of Corps of the Australian Army Psychology Corps. At Phoenix Australia she initiates and leads projects and activities to reduce the burden of mental health problems associated with working in high risk organisations such as the military, the emergency services, and first responder agencies. 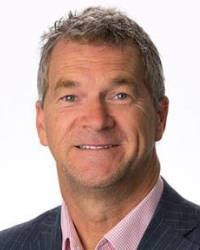 For the past six years he has been assisting a range of organisations inspire change for the better, in his continuing role as Managing Partner with behaviour change communications specialists, The Shannon Company.

Ian is also on the Boards of Ambulance Victoria and the Australian Centre for the Moving Image (ACMI). 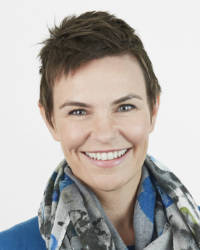 Deb owns an independent management consultancy working with public value and not-for-profit organisations. She has worked within and for emergency services over a twenty-year period including in leadership roles with CFA, Victoria Police and the Victorian Bushfires Reconstruction and Recovery Authority.

With a focus on strategic planning and organisation development Deb uses a systems psychodynamic lens to inform her practice, helping organisations to collaborate and operate effectively. She is regularly engaged to support organisations facing challenging scenarios and has a particular interest in inter-organisation dynamics.

Deb has seen and experienced the impacts that work (and life) in the emergency management sector can have on mental health and wellbeing. She is committed to seeing evidence-based programs provided to build enduring personal and organisational resilience across the sector. 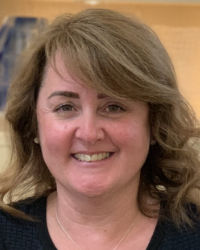 Graduating with a Bachelor of Commerce (Sport Management) Debbie has traversed sectors throughout her career in various research, business and marketing capacities.  In a career-defining act in May 2006, Debbie walked across the Simpson Desert and raised funds for breast cancer research. For more than a decade now she has dedicated her career to healthcare philanthropy.

Debbie is a passionate advocate for the vital role that emergency services play in our community and proud to have joined the ESF to support and make a difference to our emergency service communities.